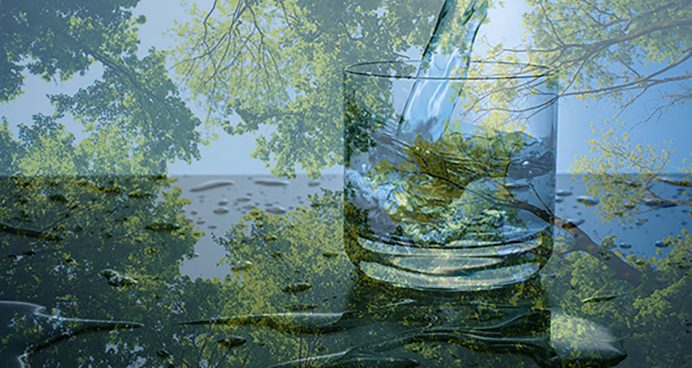 Protecting unspoiled forests is among the most effective ways to conserve drinking water. OSI’s work safeguards drinking water for communities from South Carolina up the east coast to New England.

In the Delaware River Watershed, OSI’s work got a tremendous boost in 2018 with the announcement of an $11 million grant from the William Penn Foundation for the Delaware River Watershed Protection Fund. With the funding, OSI will continue protecting forestland in the watershed, where we will have helped our partners safeguard more than 5,300 acres by year’s end to protect the clean water resources for the more than 15 million people, from New York City, Philadelphia, Trenton, and many other communities.

In 2018, land protected through OSI’s Delaware River Watershed Protection Fund included the largest privately-owned property remaining on the Cape May Peninsula as well as 2,200 acres of intact woodlands in northern New Jersey. To complement the impact of this strategic land protection, OSI helped towns and counties integrate water quality goals into their long-term planning efforts. And two

In other clean water efforts, a blueprint developed by OSI to enhance and safeguard the Boonton Reservoir in Morris County, New Jersey, was formally approved by the Jersey City Council. The plan will maintain and even enhance the quality of the reservoir’s water, while creating an approximately seven-mile loop trail for walkers and nature lovers.

In Maine, OSI built upon existing land protection efforts by joining in the launch of “Sebago Clean Waters,” an effort to permanently safeguard the entire watershed that supplies water to one of every six Mainers. And in another coup, Amsterdam, New York,  population 19,000, will benefit from OSI’s permanent protection of the watershed that provides the city’s water supply.

It's clear we need to keep our drinking water clean!

Saving farms and forests, OSI helps towns and communities achieve environmental and conservation goals. We make an impact with grants and awards to young leaders and students to increase diversity in the field.