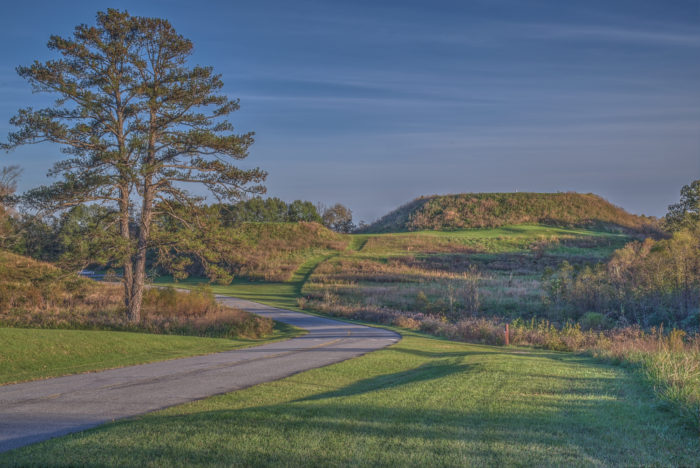 Voice Your Support for the Expansion of Ocmulgee National Park

This Story protects
Land for Recreation
Land for Healthy Communities

A 50-mile stretch of Georgia’s meandering Ocmulgee River is on track to becoming the nation’s newest National Park and Preserve, and OSI is excited to be a critical partner in this historic initiative.

The Ocmulgee River, once settled by the ancient Mississippian civilization and their descendants, the native Creek people, is internationally lauded as one of America’s most important archaeological landscapes. The 702-acre Ocmulgee Mounds National Monument, founded in 1936 and operated by the National Park Service, preserves the elaborate ceremonial mounds of these early inhabitants.  Local conservationists worked tirelessly to expand the National Monument for eight decades.  The 2019 expansion and new designation as the Ocmulgee National Historic Park increases the area of critical habitat and potentially sensitive cultural resources that can be added to the Park by 2,460 acres.

Amplifying the river’s extraordinary cultural significance are the uniquely intact forested uplands that support rich and diverse ecological habitat including one of Georgia’s three populations of black bears, a critical migratory flyway, and the Bond Swamp National Wildlife Refuge area.

While geographically linked by the river, Ocmulgee’s vast network of resources lack connection, protection and, importantly, public access. With that in mind, a consortium of diverse stakeholders including the Muscogee Creek Nation, archaeologists, conservationists, local communities and public agencies have focused both on the critical 2460-acre area surrounding the National Historic Park and on the broader landscape, the 50-mile, 100,000-acre corridor that could become the Ocmulgee National Park and Preserve. Once created, the Park and Preserve will involve collaborative management of more than 100,000 acres by the National Park Service, U.S. Fish and Wildlife Service, and the State of Georgia, creating a collaborative multi-jurisdictional conservation model to preserve historical, cultural, environmental, and recreational values, generating sustainable economic growth in the Macon region.

OSI’s role in this inspiring initiative is to serve as a strategic acquisition partner, identifying and securing the future park’s lynchpin properties and the requisite funding.  OSI is working hand-in-glove with the, Muscogee Nation, Ocmulgee National Park and Preserve Initiative, National Parks Conservation Association, National Parks Foundation, and other partners to secure threatened properties within the new National Historic Park boundary and beyond to advance the goals of the larger landscape collaborative.  OSI’s deep experience in public policy, land acquisition, agency collaboration and conservation financing provides essential capacity to this exciting initiative as it takes flight.

The public also plays a crucial role in federal park designation process. In January 2021, the National Park Service (NPS) launched public commenting on a Special Resource Study of the Ocmulgee River. Please take the time to fill out the quick five-question survey to help the NPS affirm the eligibility of the area as a future park and preserve.

Please take the time to fill out the quick five-question survey to help the NPS affirm the eligibility of the area as a future park and preserve.

Opportunities to protect and link the sacred grounds of ancient civilizations to threatened ecological landscapes are few and far between. We look forward to keeping you updated on the progress of this exceptional project.

Click here for more information about the Ocmulgee National Park and Preserve.

The Hope We Find in Protecting Land

The land we protect today will reap benefits for generations to come.